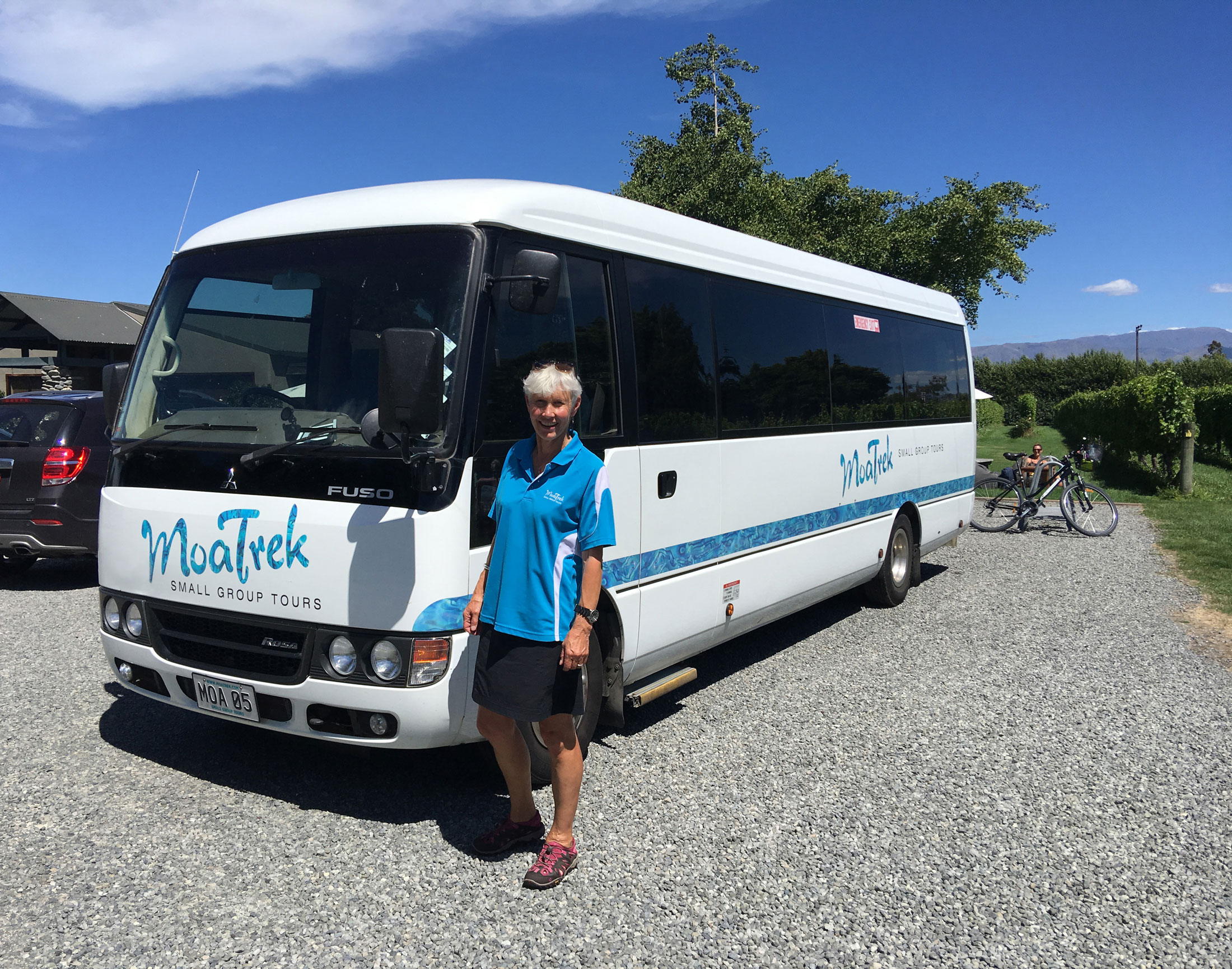 In the 25-seater FUSO Rosa, MoaTrek has found the right fit for its four-star bespoke tours for senior travellers. Joint director Miles Clark says the combination of comfort, reliability and performance is the reason there are now five in the fleet.

Auckland-based MoaTrek started life in 1971 as a backpacker small group tour company. Established by Ena Hutchinson, Steve Berry, and Ena’s then husband John Clark, it grew to become one of New Zealand’s most successful tourism companies for the backpacker market before being sold to Contiki in 1982.

A seasoned traveller, Ena dived back into the industry in 1999 – reviving the MoaTrek name for an older demographic. Joined by her son Miles ten years later, the pair has grown the business into one of New Zealand’s leading suppliers of premium tours for the senior market.

“We provide a range of tour packages from four to 23 days, covering every inch of New Zealand – from Cape Reinga all the way down to Stewart Island,” says Miles. “Having a reliable bus that allows us to do that is vital.”

“We bought our first three Rosas in 2014, after carefully comparing a number of different options. The FUSO Rosa was the best choice for the price, and fitted our need for a small but spacious bus with a seating capacity for 18 people,” says Miles.

The 7.7m-long Rosa has ample room to accommodate MoaTrek’s intimate tour groups. With the back seats removed, there is also space for an additional luggage compartment at the rear.

“Atmosphere inside the bus is very important on our tours, we want our customers to feel as though they are part of a family. The Rosa is big enough inside to feel spacious, but small enough to allow passengers to chat to the driver, which makes for a great experience,” says general manager Steve Taylor.

“Its large windows also offer great views of the amazing landscapes we drive through.”

MoaTrek has since added another two buses to its fleet, towing a trailer when passenger numbers require. With a 715kg towing capacity, Steve says the Rosa’s 110kW/441Nm power to torque ratio and 4.9L 4-cylinder engine is a huge improvement on their previous buses – even with the trailer in tow.

“The fuel economy is also fantastic – we can drive up to 450km on one full tank!

MoaTrek has since added another two buses to its fleet, towing a trailer when passenger numbers require. With a 715kg towing capacity, Steve says the Rosa’s 110kW/441Nm power to torque ratio and 4.9L 4-cylinder engine is a huge improvement on their previous buses – even with the trailer in tow.

“The fuel economy is also fantastic – we can drive up to 450km on one full tank!”

“The automatic transmission and small 14.4m turning circle make it really easy to manoeuvre and it comes round corners easily – it feels like driving a car,” says driver Marilyn Somerville, who has had over 15 years’ experience in the industry and drives the full range of routes that MoaTrek provides.

“What’s also great about this little guy is that you can get into really small spaces, which makes my job a lot easier – especially when it comes to parking.”

As part of its tour package, MoaTrek visits farmhouse gardens in Taranaki, the Wairarapa, Canterbury and Otago. The Rosa easily navigates the narrow rural roads and tight driveways away from the main highways.

“Having a little bus is an absolute dream and allows us to add stops to our trip that are well off the beaten track – it’s a real value add. I’ve driven a lot of different buses in my time but the FUSO Rosa is definitely the best to drive by far,” says Marilyn.