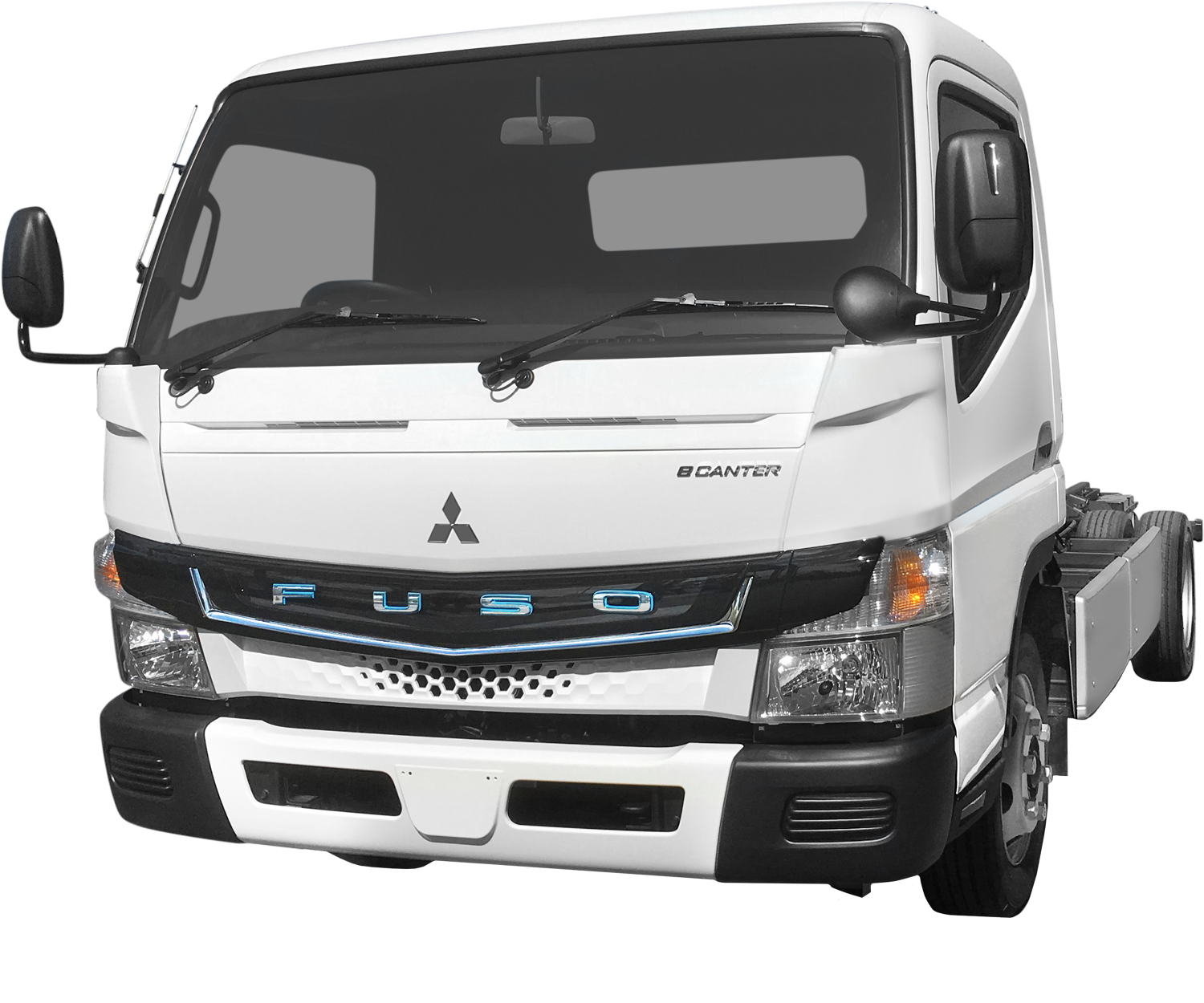 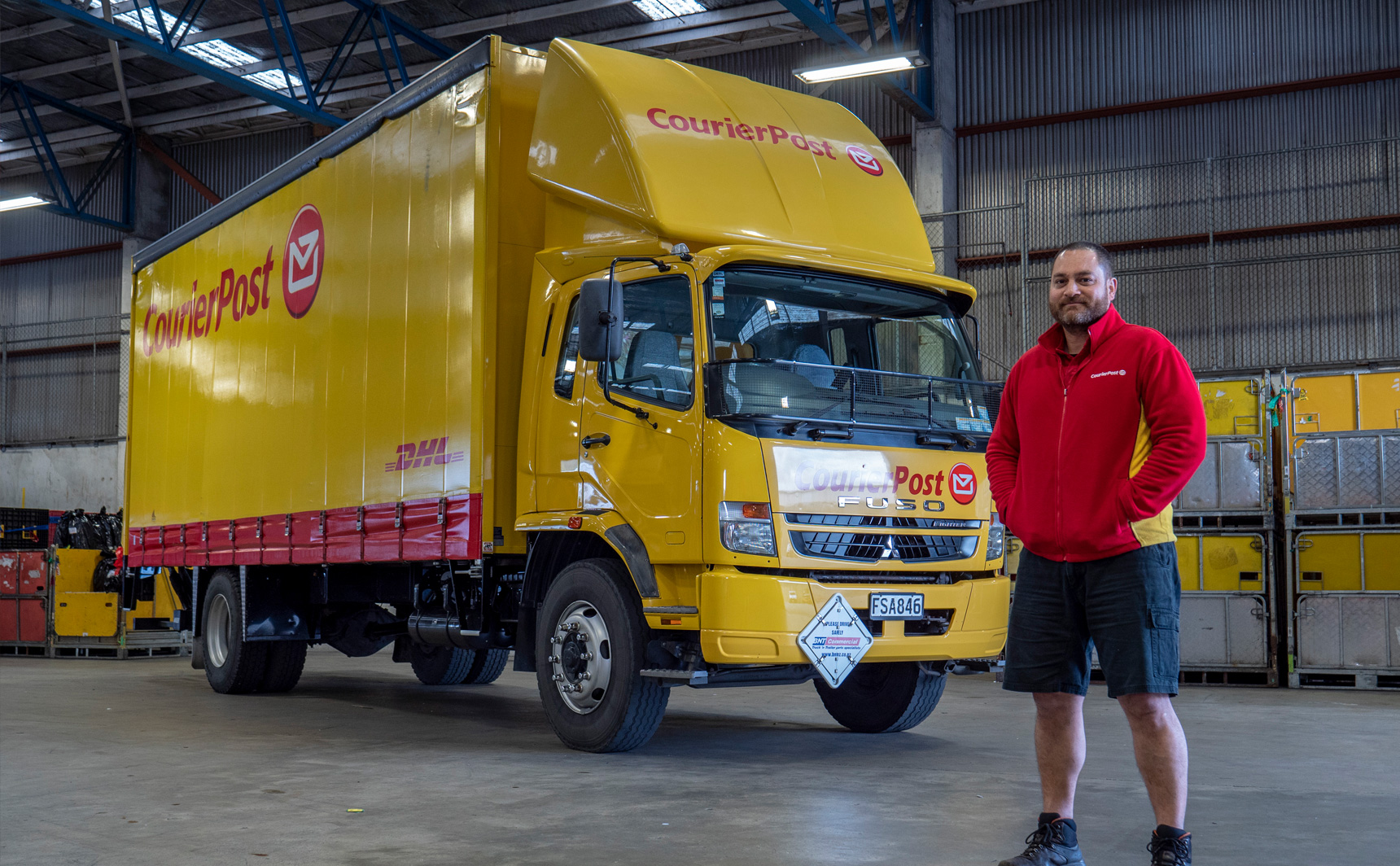 When it comes to delivering the goods, Courier Post contractor George Tonge banks on FUSO across the board – from the proven reliability of his seven-year-old Fighter FM1628, to trusted support from his local authorised service dealer and genuine OEM parts whenever replacements are required.

The Wellington-based owner-driver “doesn’t waste time with aftermarket parts” and has had “excellent service” from both his FUSO Fighter and the team at Diesel Equipment Services [DESL] over the years.

“I take my truck to the right people, with genuine parts with good service,” says George. “I’ve always found Richard [Dalzell, owner of DESL] and his team to be really helpful and very easy to deal with.”

With his clients relying on deliveries being made on time, to their own customers or for onward freight around the country and overseas, George doesn’t take any chances.

“I’ve always believed in getting genuine rather than aftermarket parts. You know when it’s a genuine part, it’s going to fit. There’s no messing about.”

He says the 4x2 Fighter FM1628 he’s had on the road since 2011 has played a big part in keeping his customers happy.

“It’s a good, reliable truck,” says George. “It’s worked perfectly for what I want it to do.

“I did a lot of shopping around before settling on the 16T Fighter. Price-wise, and because it has a lower tare weight 7.7T than some of its competitors, it just made sense. I had the 7.5m-long curtainside body built to spec and everything was perfect when I picked it up.”

He’s had no major complaints since. Running around 230km Monday-Saturday, with two part-time drivers covering set shifts, George’s Fighter carries a range of goods from suits to pharmaceuticals.

“It pulls a full 7.3T load up Ngauranga Gorge no problem. Having the turbo makes a huge difference; I used to struggle in my previous truck.”

Ngauranga Gorge runs for 2km at around an 8% gradient (and incidentally has the highest-earning speed camera in NZ – not that George has contributed to its coffers, even with a 280hp turbo-diesel engine at his disposal!).

“My other drivers seem to like the truck, too. It’s very responsive. The steering is light. The air-assisted gear shift means there’s no doubling of the clutch, so it’s a smoother change.

“We work extremely long days, but it’s a comfortable truck to get around in.”

On the go all day Monday-Friday, truck servicing is scheduled “every 15,000km” for Saturday mornings after the early shift.

“I get the truck to DESL around 8am and they have it ready by midday,” says George. “The guys usually know what work will need to be done; they give me a ring ahead of time and say ‘you’re going to need this and this’. They always give me a heads up; keep me informed rather than go ahead and give me a big bill.”

Outside of regular servicing and a recent radiator change, George is pleased to say he hasn’t had to call on DESL too often – and the one time he did need roadside assistance, someone turned up within 10-15 minutes and had him back on the road without missing a delivery.

“There was an issue with the starter motor. I was pretty worried about letting my customers down when I couldn’t get the truck going mid-delivery, but DESL were excellent. I made all my scheduled drop-offs and then the truck was only in for a couple of days to get the problem fixed permanently.

“On the whole, I’ve got no complaints. The rental truck I had before let me down a few times. This Fighter has been great and I can’t fault DESL. I’ll be looking at a new truck next year and it’ll definitely be a FUSO.” 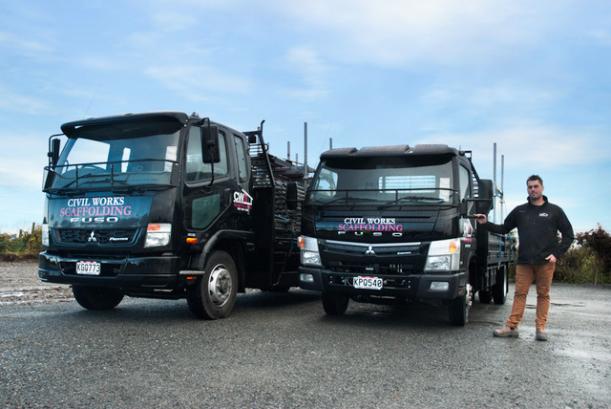 From what started as a small-scale side project with two guys, a ute and a trailer, Gary Porter and his wife Zara have built Civil Works Scaffolding into one of the Kapiti Coast’s most in-demand providers of scaffold and fall-protection equipment.
Read more 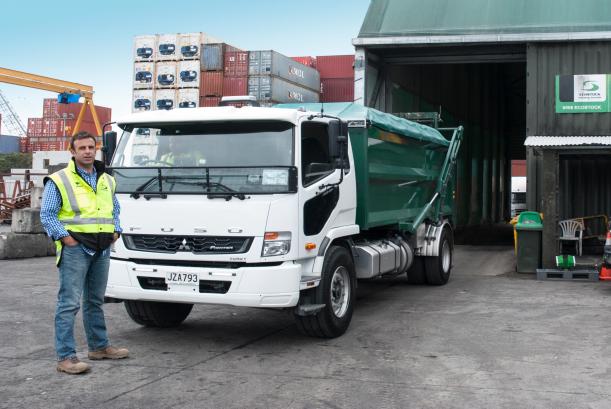 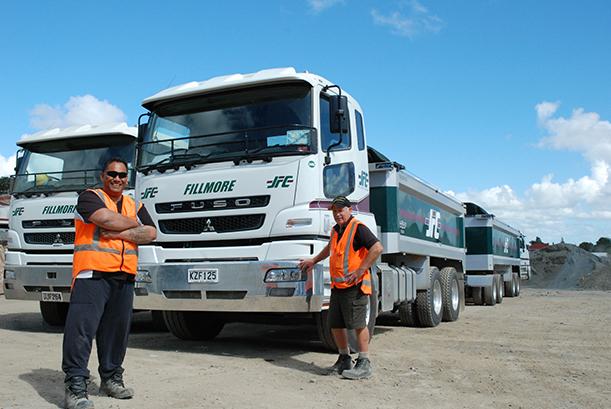