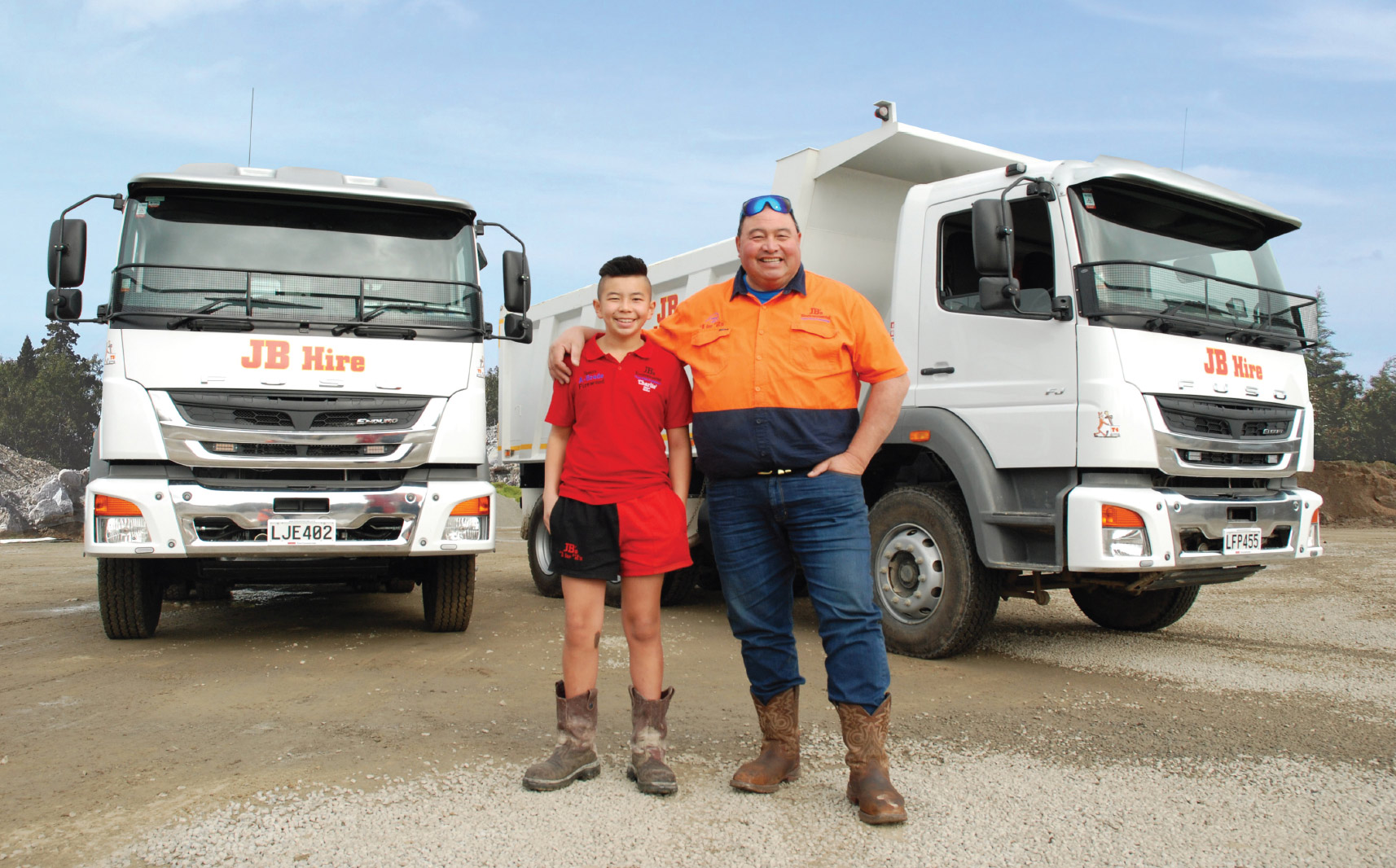 Bang on the money!

Levin-based John Matangi had no hesitations investing in two new 6x4 Enduro FJ2528 Tippers for his company JB Hire – and the experienced operator says they’ve been “even better than expected” since putting them to work.

JB Hire – which contracts trucks and diggers to civil construction projects in the greater Wellington region – is John’s latest venture alongside his two other companies, JB’s Environmental and A-Grade Firewood.

The new Enduro Tippers came ready for work straight from the new FUSO workhorse range – one with full factory spec, the other fitted with a locally built 5m steel FOB tipper by Cambridge Welding Services. They join a fleet of 14 trucks, including three Canter 616 Tippers.

“We haven’t had to modify the trucks at all, except for adding comms, PPE and safety equipment,” says John. “When they arrived on site, they were even better than I expected them to be.

“When you look at the way these trucks are finished and presented – everything from the robust [Mercedes-Benz Axor] driveline, the 9-speed synchromesh transmission, the full lock-up diffs, it’s all just bang on – you can see they’re easily going to be a ten-year truck in what we do.”

Currently at work on construction of the Peka Peka to Ōtaki section of the Kāpiti expressway, the Enduro Tippers haul 10T loads of roading material onsite for the project.

“I know these Enduros are slightly heavier than the norm, but to me that just translates to long-term durability,” says John.

Driver Bruce Mabey says the high-torque 6.4-litre engine is fit-for-purpose and that he is enjoying the simplicity of the 9-speed manual transmission.

“I don’t have to split gears all day and the cab is also very comfortable, especially for some of the terrain we go on; so after along day, I don’t come out of the truck feeling worn out.

“It’s a good truck; user-friendly – you can turn it around on a dime!”

John says all drivers have reported back favourably, which has helped to vindicate his decision. Priced at $119,850 for the Factory Tipper and $136,850 for the CWS Tipper, John says his initial reasoning behind the purchase was “simple maths”.

“What initially drew me to Enduro was the competitive price point,” he says. “I could immediately see that they would pay for themselves easily. I’m very pleased to have them on board.”

Having worked in the truck and transport industry since the age of 16, John established JB’s around 20 years ago as a one truck owner-driver.

JB’s Environmental, a liquid waste and hydro-excavation company, originated from a decision to venture out on his own with the vision of “giving customers 110% service and value”, as well as providing for his own family.

Over the years, John has grown JB’s Environmental into a business with 33 staff and added JB Hire and A-Grade Firewood as opportunities arose along the way.

“I’ve just always stuck to my original goal of delivering reliable service and value,” says John. “I see FUSO trucks in much the same light, and they haven’t let me down.”

With scope for expansion further down the line, John intends to stick with his proven formula – which is very likely to include his favoured brand of truck.

Watch the trucks in action here! 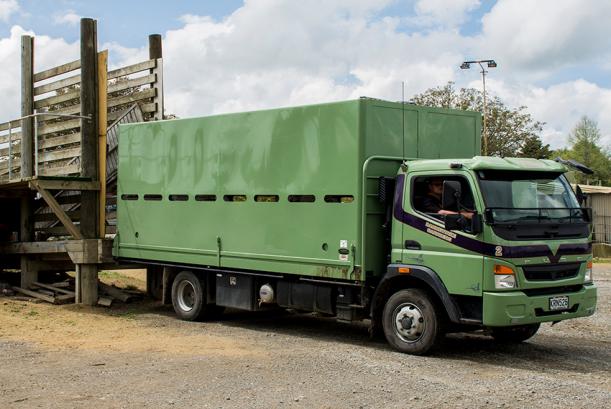 Agricultural haulage specialist Dannevirke Carriers was one of the first companies in New Zealand to trial a 4x2 FA917 from Fuso’s new workhorse range – managing director Alan Castles was so impressed, he bought it.
Read more 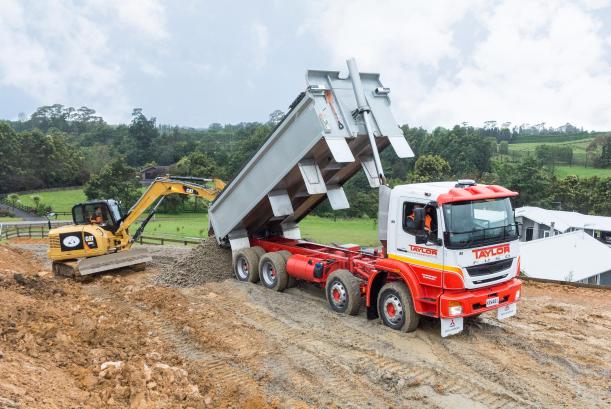 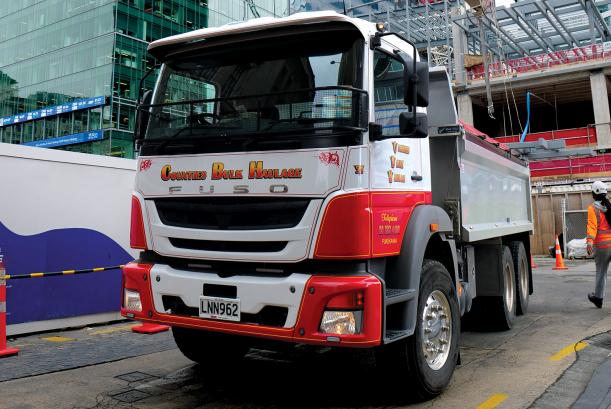 From carting fertiliser to being involved in Auckland’s biggest public transport project, Counties Bulk Haulage has broadened its scope considerably since Boyd Young took the reins 18 years ago. Being able to grab opportunities as they arise has been key to growth – an ability aided by “well-priced and ready-to-go” trucks such as the company’s new 6x4 FUSO Enduro FJ2528 Tipper.
Read more
Share: