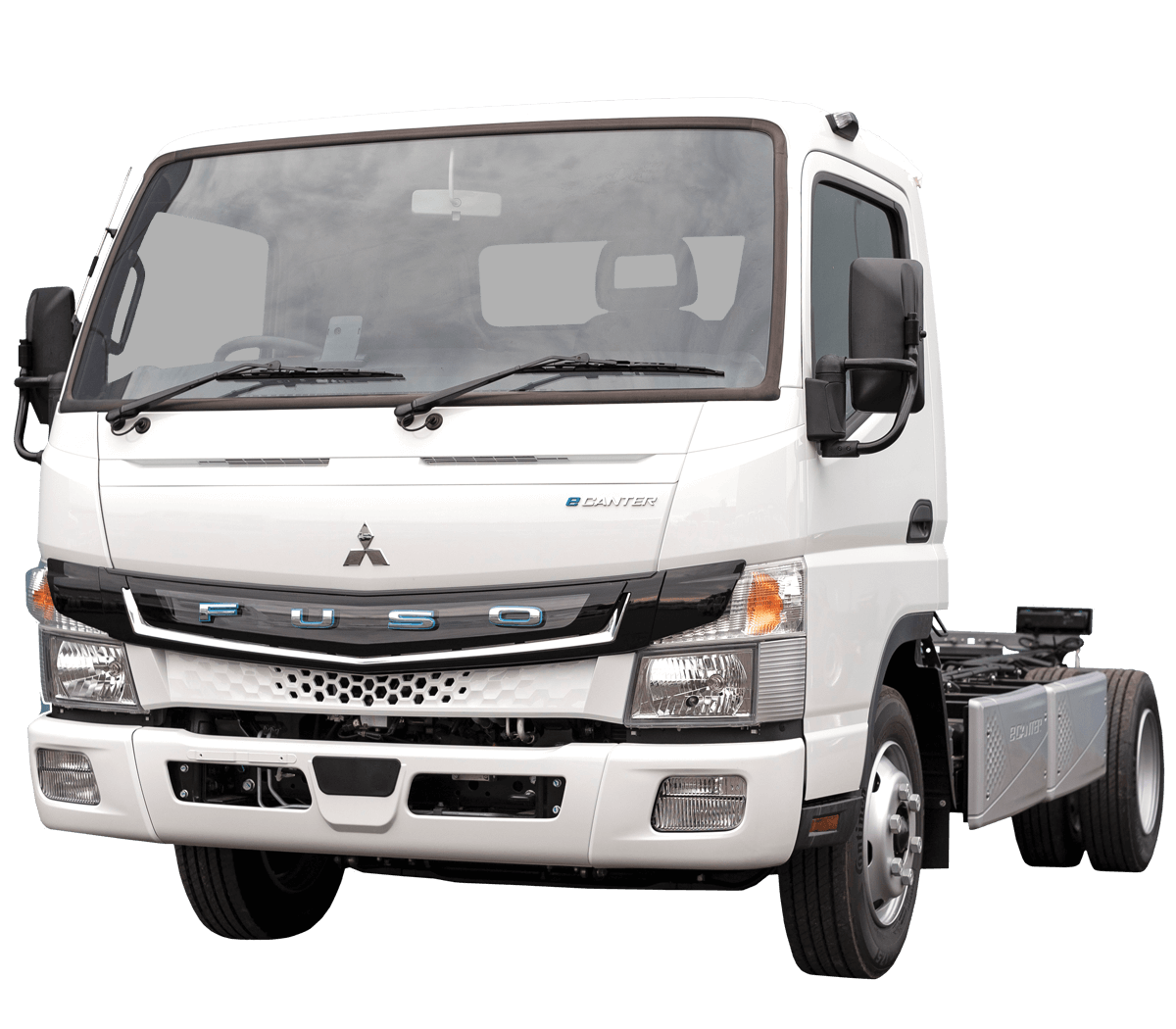 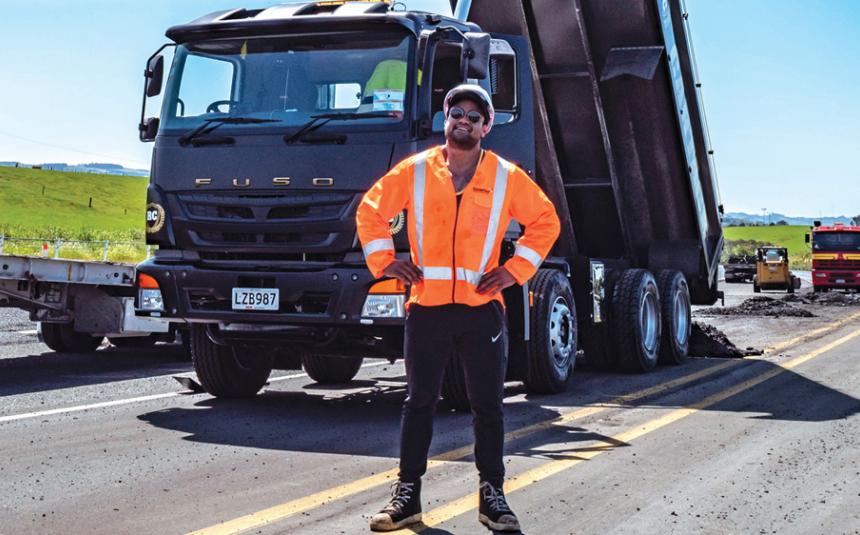 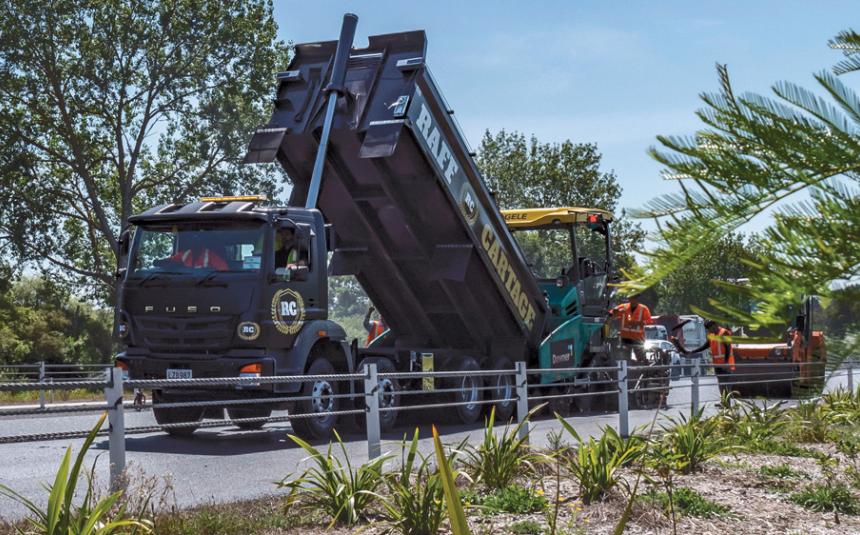 Rise Above Falls and Failures, with FUSO

Cyprian (Cyp) Periera, owner-operator of Hamilton-based Raff Cartage, loves his Enduro 8x4 FO3128 Tipper. If you can't tell this from the way it's been personalised with the smart matte-black wrap, or how clean it's kept, Cyp will happily explain.

“Reliability was the key thing I was looking for when choosing a truck. Starting a business on my own last year in my mid-20s, and moving out of guaranteed income, felt like a big risk. Being able to start with a new truck has taken away some of that risk – I know I won’t be let down by problems caused by old and worn-out equipment, which is something I do see happening to other drivers with older trucks.”

Being able to get a start with a new truck is something Cyp is very pleased about, because apart from the practical and financial benefits of reliability, Cyp appreciates good gear and is fastidious with everything he owns. "This is the first truck I've had from new and I love it. I considered buying a used truck, but because I look after my gear, I wanted to know my truck has been well treated. Buying new meant I'd know it's been looked after since day one, and the cost wasn't that different than some used trucks."

Cyp established Raff Cartage in August 2018. The name is personal, as he explains: "My dad passed away a few years ago. He was my hero. His name was Raph, and I knew I wanted to honour him, and I also wanted to personalise the name of my company. So, it's called Raff, which is pronounced the same as my dad's name, but also means 'Rise Above Falls and Failures', which is something that is important for me to live by.”

Cyp came to trucking in a roundabout way "I played for the Warriors under-20s, then I studied architecture, but I switched to construction and found that my favourite part was using the machinery. Then I decided I wanted to work for myself. That way I can make my own decisions and choose my own gear - like this truck."

How does the Enduro suit his needs? "When I was first looking, I thought I needed a really big truck, and so I was looking at a Shogun; to be honest, some of that was just because the big trucks look great! But Mike Orr at Keith Andrews convinced me that the 285hp Enduro would be all I'd need. I love the look of the Enduro, but aside from that, Mike was right; some of the guys on this roading job, where we're carting hot-mix, have 400hp, but at 285hp, I haven’t ever needed more, probably because most of the work I do is slow-speed work onsite and she has plenty of low-end power for that.”

The FO 3128 features a high-torque engine and six-rod rear suspension with cross-locks, making it well-suited for site work. Cyp says: “starting off up a hill with a full load, I can really feel the power. I can take 14-tonne, but I plan to fit alloy wheels, so I’ll be able to take another half-tonne once I do that.”

Torque aside, there are specific features of the Enduro that Cyp appreciates compared to the trucks he’s previously driven: “It’s got good ground clearance, which is great for getting around rougher work sites. I love the nine-speed gearbox - I'd definitely rather shift through nine gears than 16! When I’m driving really slowly, emptying into the paver, first gear on this thing makes it easy. The engine brake is really strong too”, says Cyp as he reverses back towards the paver. “The 90km/h speed limiter is useful – it means I know my driver and I aren't going to get tickets!”

Once he’d settled on the Enduro, Cyp chose the subtle but striking matte-black and gold branding that stands out in a line of otherwise white and brightly coloured trucks: “I chose the black and gold because they've been my favourite colours since first started playing rugby league for the Northcote Tigers, and also because I like my gear to look good - I thought black would work well as it shows up the dirt less. But actually, as soon as I finish a job, I've got my gear here to clean it right away anyway!" he admits with a laugh, motioning to a bag of cleaning gear in the cab. "It's partly just because I believe you should look after things you own, but on top of that, I know I get more work with a clean new truck than I would if I had dodgy old gear I didn’t look after. Contractors like to have good quality gear on their site, so they give me the work.”

Though much of the driving is slow-speed work on site, Cyp’s Enduro has travelled 5,300 km since July and the first service is coming. From Cyp’s vantage point “there is nothing that needs doing. In fact, based on how she’s treated me so far, I want to get three of these trucks eventually; they’ll all be exactly the same as this one.”