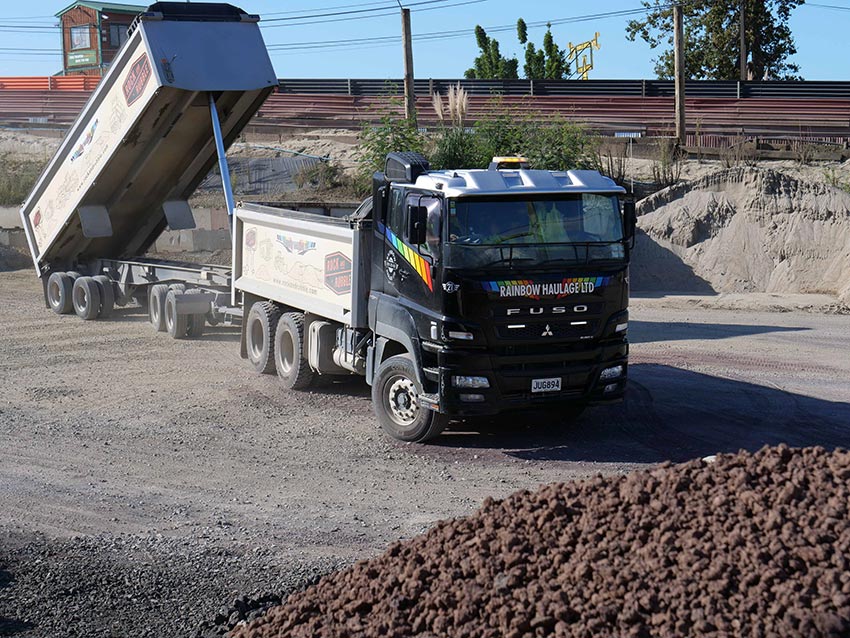 From purchasing a second-hand truck on a hunch to running a successful fleet of 22 tippers, Rainbow Haulage managing director Colin Dunn has found his own pot of gold at the end of the rainbow!

The latest vehicle to bear Colin’s signature livery is a brand new 6x4 HD FV2547, fitted with a 10m3 Roc-Tuff steel tip body and 18m3 four-axle trailer. Like the rest of the fleet, it carts aggregate, metal and other bulk materials from the company’s Avondale base to civic-construction sites all across Auckland – 44 tonnes per run.

“We work as far north as Silverdale and don’t go much further south than Pokeno and the Bombays,” says Colin. “The 12-speed AMT makes navigating throughout the city a lot easier for my guys.”

The comfortable and user-friendly cab has also proven a hit with his drivers – an important consideration given they can clock up to 400km behind the wheel on any given day.

“I had a rep from another manufacturer come see me when I was looking to buy and I asked my driver which he’d prefer. After having a look at both, he chose the HD based purely on the comfort. It makes it a lot easier on their bodies at the end of a long day.”

The new HD joins seven other FUSO units, which include a manual FV2547, two Shogun FV430 models, and a pair of 6x4 Fighters – all bought new – along with an older Shogun and a vintage V8 transporter.

“The big units all do the same thing as the newer HD, while the Fighters have a max payload of 11.5 tonnes and tend to work on smaller daily runs. All of the trucks are fitted with tipper bodies and they all run at capacity.”

Birth of a rainbow

A trained diesel mechanic, Colin has owned and run his heavy vehicle service centre, CRD Automotive, for the past 21 years. He says a fortuitous decision and an off-the-cuff conversation with a customer led to his entry into the transport industry.

“I made the decision to purchase an old second-hand truck around 15 years ago; it was just a right place, right time sort of thing. Then I was a chatting to a customer who was a contractor, he mentioned he needed a truck, I mentioned I had one lying around, and I’ve just gone from there.”

With his own workshop to call on, Colin says he used to purchase second-hand trucks, trusting in the ability of his mechanics to keep them running until they were no longer fit for service. As Rainbow Haulage continued to expand, he decided to change tack.

“The benefit of buying new for us is longer service intervals, less maintenance, and they also help raise the profile of the company, because they look good on the road.”

Colin says that as more of his trucks need replacing, he’ll continue to buy FUSO.

“We know the product inside out; our drivers like them and the team at Keith Andrews are great to deal with.” 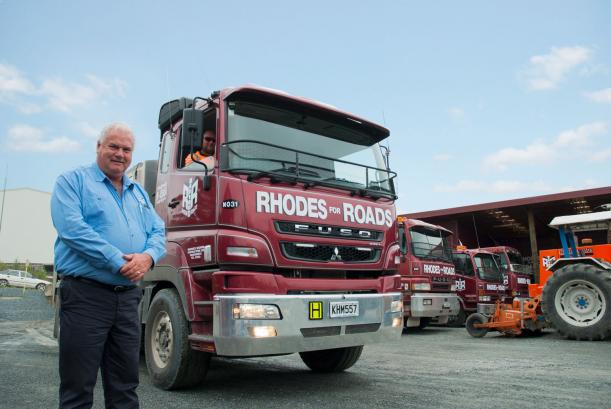 On the Right Road with Fuso

Warwick Rhodes, the man behind 'Rhodes for Roads' - proudly emblazoned across the front of an exclusively FUSO fleet - says outstanding service and reliability have kept him loyal to one truck brand for more than 30 years.
Read more 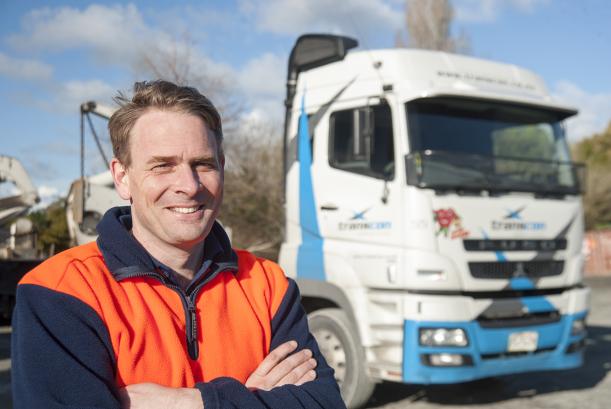 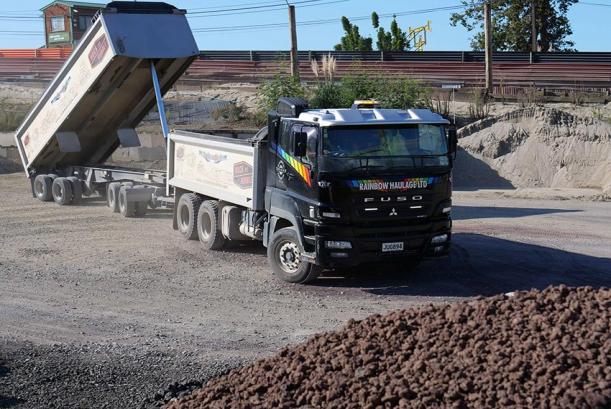 From purchasing a second-hand truck on a hunch to running a successful fleet of 22 tippers, Rainbow Haulage managing director Colin Dunn has found his own pot of gold at the end of the rainbow!
Read more
Share: