I arrived at Tutill Carriers from school, 16. 30 years later… still here! We started in 1921. My great grandad, he decided he’d get a small truck and initially he started off moving tea chests and people’s goods off the wharf; developed from there. Auckland got bigger, we got a bit bigger with it.

In the sixties, we probably had ten, 15 trucks. That’s when my dad started in the business in 1960, my uncle in ’64 and they were just hands-on operators.

In my time we’ve sort of increased, if truck numbers is what you’ve got to go on. We’re up to sort of 40, 45 now – probably about all I can cope with around Auckland. My two boys – it’ll be their decision what they want to do with it after I’ve decided to slow down.

Really, since 1921 when we started, we’ve been Auckland metropolitan carriers. We’ve got about 25 curtain siders in different shapes or forms.

FUSO, they’re just a good, reliable truck. I don’t get to drive them, we just buy them and they live 10,12,14 years and we buy some more.

They are a good truck. We pretty much buy them all automatics now. We’d have 20 autos out of 45 trucks and more and more coming.

The Allison auto is another step up, it’s a bit smoother – a bit nicer again, so that’s the way we’re going. The automatics for us – I think we’ve got a staff of ‘Dad’s Army’, the older guys – once they’ve been in an automatic for a couple of days, you don’t get them back out of it!

It helps a lot with your fatigue levels I reckon in trucks, because you’re not constantly worrying about which gear to be in, what kind of weights you have on board compared to how you’re going to take off.

When you have loads on in a manual truck, you’re really focused on getting into the low gears to get up on hills, whereas with these you just have to focus on the road.

The layout of the trucks are awesome, I find – nothing is too much of a stretch from your reach, getting in and out is a cinch. They’re not too high, but they’re not awkwardly low to get in and out of or use.

All the handles and bars seem to be well placed and well thought out. That way you’re not ever reaching for a handle that’s not there. The seats are great, they’re always constantly adjusting to the situation and your weight. Pretty much the best thing about the autos is you just jump in and go with them.

They are a good, modern cab. I do hear that the new ones have got jacks for this and air-conditioning for that, so I don’t have any problems with anyone in the newer gear and especially the autos, everyone loves them.

So we’ll continue to buy them – it’s easy, they work, we're into them. 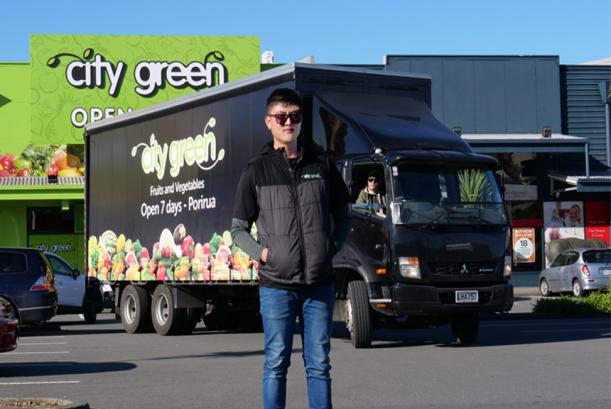 It’s been a fruitful couple of months for greengrocers Andrew and David Young, co-owners of Porirua-based City Green. Freshly relocated and growing from strength-to-strength, the brothers’ latest business upgrade is in the form of a brand new 6x2 FUSO Fighter FU1828.
Read more 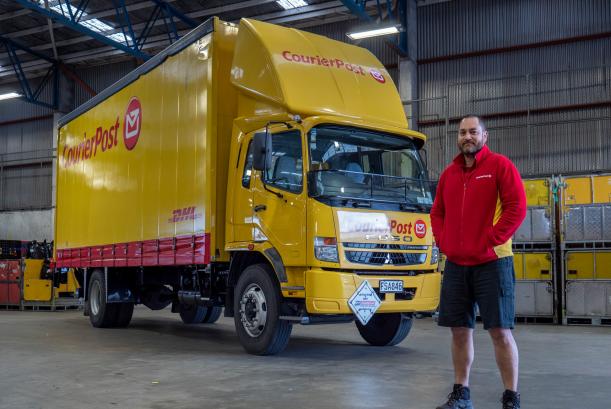 When it comes to delivering the goods, Courier Post contractor George Tonge banks on FUSO across the board – from the proven reliability of his seven-year-old Fighter FM1628, to trusted support from his local authorised service dealer and genuine OEM parts whenever replacements are required.
Read more 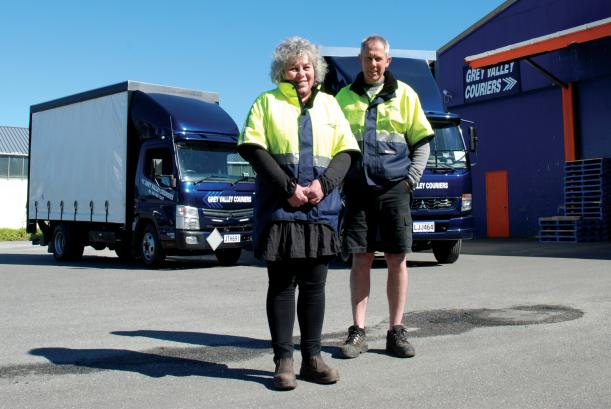 True to their word

West Coasters place great value on staying true to their word and Greymouth-based freight company Grey Valley Couriers is no exception. Owners James and Donna Gillman have built their reputation by delivering on their promises and now rely on FUSO to ensure they continue to do so.
Read more
Share: